ACLU Smart Justice Connecticut is grounded in the knowledge that the people closest to the problem are closest to the solution. We are an unprecedented cohort of leaders who have ourselves been directly impacted by Connecticut's justice system. We are formerly incarcerated people who are challenging mass incarceration by speaking truth to power, sharing our expertise, and building connections to each other and communities across the state. Together, we are campaigning to cut Connecticut's jail and prison population by 50% and to end racial disparities in our state's justice system. We are working to usher in a new era of justice, and we are not alone. We are part of the nationwide Campaign for Smart Justice, a multiyear effort in all 50 states. 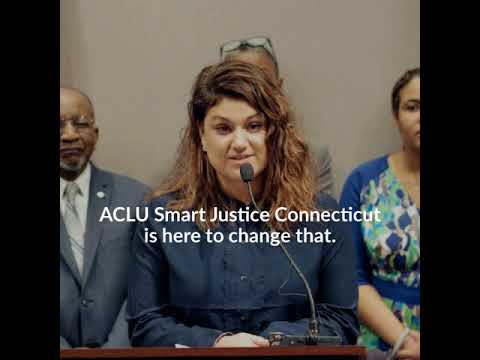 Why We Must End Mass Incarceration

Imprisonment is a brutal and costly response to crime that traumatizes incarcerated people and hurts families, communities, and economies. Yet the U.S. incarcerates more people, in absolute number and per capita, than any other nation. Connecticut has made progress toward ending mass incarceration, but we have much more work to do. The facts tell the story:

How We Do It

ACLU Smart Justice Connecticut is fighting in the legislature, the courts, and the streets to end mass incarceration.

We are working to eliminate:

Stand with us. Together, we can end mass incarceration and eliminate racial disparities in Connecticut's justice system.

Stand Up for Smart Justice in Connecticut

Three things that must happen when a prison closes

Connecticut’s first inspector general has a lot to prove