Ruth Bader Ginsburg, the Supreme Court justice who first rose to national prominence as an ACLU lawyer fighting for equal rights for women, has died at 87 years old.

She began Harvard Law School as a young mother and one of only nine women in her class, and became the architect of a legal strategy to eradicate gender discrimination in the United States. She modeled her approach after that of Thurgood Marshall on race discrimination, planning for a series of cases at the Supreme Court, each precedent paving the way for the next that would further expand rights and protections. In 1993, she joined the court as an associate justice, and over the decades became a cultural icon beloved for her vision and passion in defending the rights of women.

Ginsburg was born in Brooklyn in 1933 to Jewish parents with roots in Eastern Europe. Her mother Celia, who died shortly before Ginsburg graduated from high school, instilled in her a sense of independence and a love of learning. She went on to Cornell University, where at 17, she met her future husband, Martin Ginsburg. They married after graduation, and soon had a daughter, Jane.

Ginsburg attended Harvard Law School, where women were barred from living in the dorms and from using certain campus facilities. When the dean hosted a dinner for the first-year women, Ginsburg recalled, “He asked each of us to stand up and tell him what we were doing taking a seat that could be occupied by a man.”

Discrimination dogged her early career. After transferring to Columbia Law School, she graduated first in her class, but she had trouble getting a job. She later accepted a position teaching civil procedure at Rutgers Law School, where her employers informed her that she would be paid less than her male colleagues because she had a husband who earned a good income. She and other female professors filed a federal class-action discrimination case against the university, and won. For fear of demotion, she hid her pregnancy with her son, James, until after her contract renewal. Simply living her personal and professional life at a time of openly discriminatory policies for women had positioned her to fight.

In the late 1960s, Ginsburg began volunteering for the ACLU, and soon wrote a brief in the case Reed v. Reed. Sally Reed had separated from her husband, and when their son died, both parents sought to be appointed the executor of his estate. Idaho law automatically appointed the father because he was a man. Ginsburg named as co-authors on the brief two women lawyers whose ideas had helped build her arguments: Dorothy Kenyon, an early advocate for women’s rights, and Pauli Murray, a brilliant African American activist who had pioneered the argument for applying the 14th Amendment to women’s rights. In 1971, the Supreme Court ruled for Sally Reed, the first time it would strike down a law for treating men and women differently. The court ruled that giving a mandatory preference to one sex is “the very kind of arbitrary legislative choice forbidden by the Equal Protection Clause of the Fourteenth Amendment.” In an ACLU memo, Ginsburg called the victory “a small, guarded step.”

In 1972, Ginsburg joined the ACLU as the founding director of the new Women’s Rights Project. That same year, she also accepted a job as the first female tenured law professor at Columbia.

In the early ‘70s, gender discrimination affected most aspects of life. The Women’s Rights Project tallied hundreds of federal laws that discriminated on the basis of sex — in education, employment, reproductive rights mortgages, credit cards, loans, house rentals, prison, and the military. Most legal scholars believed the law should treat women differently, to protect them. For instance, some laws prevented female employees from lifting more than 15 pounds, or working at night. Some lawyers were beginning to take on cases of sex discrimination, often to help a specific woman, not necessarily with a view toward changing the law on gender equality. Ginsburg wanted to do just that.

In 1973, Ginsburg took on another Supreme Court case. Sharron Frontiero was an Air Force officer whose husband, Joseph, had been denied the housing and medical benefits that female spouses of male Air Force officers received automatically.

In writing both muscular and spare, Ginsburg expanded the scope of her brief to encompass the history of women’s subjugation, with references to Alexis de Tocqueville and Alfred Lord Tennyson, and pared down the language to a precise and devastating argument. “That’s when it dawned on me how brilliant she is,” said Brenda Feigen, then co-directing the Women’s Rights Project with Ginsburg. “She was at her most creative and profound,” she said. “She told the story of sex discrimination — how it had been and how it had to end.”

It was in Frontiero that Ginsburg gave her first oral argument before the Supreme Court. “I knew that I was speaking to men who didn’t think there was any such thing as gender-based discrimination and my job was to tell them it really exists,” she has said. To make the point to the nine men who were sitting on the bench, she quoted the nineteenth-century women’s-rights advocate Sarah Grimkè: “I ask no favor for my sex. All I ask of our brethren is that they take their feet off our necks.” She apparently succeeded. Feigen, who was by Ginsburg’s side in the court, recalled, “There was not a single question from any of the justices. They must have been transfixed.”

Ginsburg’s team won the case. Yet they did not convince a majority of the justices that sex discrimination should be treated exactly like racial discrimination. “My expectation, to be candid, was that I would repeat that kind of argument, maybe half a dozen times. I didn’t expect it to happen in one fell swoop,” Ginsburg later said.

While at the ACLU, Ginsburg played a role in 34 Supreme Court cases, and won five of the six cases she argued before the court — Frontiero, Weinberger v. Wiesenfeld, Califano v. Goldfarb, Duren v. Missouri, and Edwards v. Healy. Many of her cases involved sex discrimination against men, which she felt might rouse more sympathy among the male justices, and show that discrimination hurts everyone.

Ginsburg sometimes said that one of her favorite cases involved a man whose wife died in childbirth, leaving him alone to care for their newborn son. Stephen Wiesenfeld’s wife had been the primary breadwinner, and upon her death, he went to the local Social Security office to inquire about survivors’ benefits for a parent and learned that he didn’t qualify because he was a man. Ginsburg convinced the Supreme Court that the section of the Social Security Act that denied fathers benefits because of their sex was unconstitutional. She won a unanimous decision.

“Ruth was careful to build brick upon brick,” said Aryeh Neier, then executive director of the ACLU. “She wanted to create a stable structure. She wasn’t interested in reaching for the roof right away. In my tenure at the ACLU, this was the most clearly planned litigation strategy.”

Ginsburg’s legacy would be felt at the ACLU long after her departure in 1980 to become a judge on the U.S. Court of Appeals.

President Clinton nominated Ginsburg to the Supreme Court in 1993. She was introduced at her confirmation hearing by Eleanor Holmes Norton, Delegate to the U.S. House of Representatives from Washington D.C., who had served as the assistant legal director at the ACLU. “When Ruth Ginsburg founded the ACLU Women’s Rights Project, today’s axiom that the 14th Amendment applies to women was not axiomatic at all,” she said. “Judge Ginsburg has spent her life making things how they ought to be. Using her gifted mind, honed by indefatigably hard work, she has used the law, always carefully, always defensibly, for all of those left at the margins, for want of a lawyer or a judge with the brilliance and commitment to pull them mainstream. As a lawyer, she was an activist intellectual who brought grace to both roles.”

Sen. Joe Biden, then the Chairman of the U.S Senate Committee on the Judiciary, thanked Wiesenfeld for his testimony and added, “I shared a similar fate that you did in 1972 and raised two children with a professional wife who had passed away, and it is amazing how much has changed.”

Ginsburg was confirmed to the court in a vote of 96 to 3.

On the court, Ginsburg continued her efforts to push for full gender equality under the 14th Amendment. In 1996, she wrote the decision in United States v. Virginia, which struck down the male-only admission policy at the Virginia Military Institute and established a new standard of review for sex discrimination cases.

Over time, as the court became more conservative, Ginsburg also became more pointed in her dissents.

In 2006, the court ruled against Lilly Ledbetter, who had been paid less than male colleagues in comparable jobs at the Goodyear Tire & Rubber Company. In a rare move, Ginsburg, then the sole woman justice on the court, read her blistering dissent aloud from the bench. “The court does not comprehend…the insidious way that women can be victims to discrimination,” she accused. “The ball is in Congress’ court.” A few years later, President Obama signed the Lilly Ledbetter Fair Pay Act into law.

Then in 2013, the court gutted the Voting Rights Act of 1965. “Race-based voting discrimination still exists,” she rebuked her colleagues, again reading her dissent. Dismantling the act, she said later, was “like throwing away your umbrella in a rainstorm because you are not getting wet.”

In a country hungry for integrity and for leadership fighting the erosion of civil rights, a new generation of young women branded Ginsburg “The Notorious RBG” on social media, and showed their esteem for her in unexpected ways. Children dressed up as Ginsburg for Halloween, her face appeared on tattoos, pillows, and shower curtains, and her story was told in a documentary and a feature film, multiple biographies, and several children’s books.

Senate: No SCOTUS Confirmation Until After the Inauguration 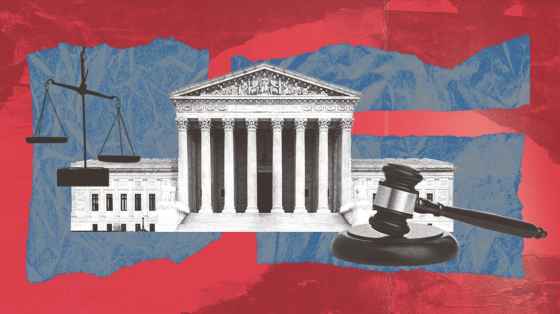 House Bill 6473, An Act Expanding the Diaper Bank to Include...

House Bill 6376, An Act Creating a Respectful and Open World for...

House Bill 5481, An Act Establishing a Grant Program for Women and...

House Bill 6380, An Act Concerning the Disclosure of Salary Range...