In our state, the top prosecutors in each judicial district go for eight years without any external oversight. A bill in the legislature could change that.

A bill before the legislature could shorten state’s attorneys’ term lengths from 8 years to five. This means that state’s attorneys would no longer go for eight years without a check-in and reappointment hearing from the criminal justice commission, but would instead be required to go through a reappointment process and check-in every five years. This would not establish term limits, but it would mean the experts on the criminal justice commission, as well as members of the public, would have the opportunity to evaluate how a state’s attorney was doing and to catch any problems earlier, instead of potentially only after eight years later, if at all.

Reducing state’s attorneys’ term lengths to five years would also put them more in line with leadership in the office of the public defender who serve terms of four  years. In our adversarial justice system, in which prosecutors are on one side and defense attorneys on the other, this would also close a discrepancy between how the state treats the appointment lengths of one side of that system compared to the other.

We also wanted to know: how does Connecticut’s system, in which state’s attorneys are appointed to 8-year-long terms, compare to the rest of the country? As it turns out, Connecticut is an extreme outlier – Connecticut state’s attorneys are appointed to longer terms than their counterparts in 47 other states. Reducing their term lengths to five years, on the other hand, would bring them up to the same standard as the 43 other states with 4- or 5-year terms, bringing them closer to the lengths of time that most prosecutors in the country go between check-ins with the groups that either elect or appoint them.

State’s Attorneys wield an incredible amount of power in the criminal legal system. By setting the tone and standard expectations in their judicial districts, they hold the lives and fates of people facing a criminal charge in their hands. Their decisions can add up to either increase or decrease incarceration, to increase or decrease racial disparities in the criminal legal system, and to either improve or worsen fairness across our state. Eight years is far too long for these powerful actors to go without accountability to an external entity, and reducing that amount of time from eight years to five would bring Connecticut state’s attorneys more in line with both other state’s attorneys here in Connecticut and across the country.

Term Lengths of State's Attorneys and Equivalents in the U.S.
(arranged according to term length) 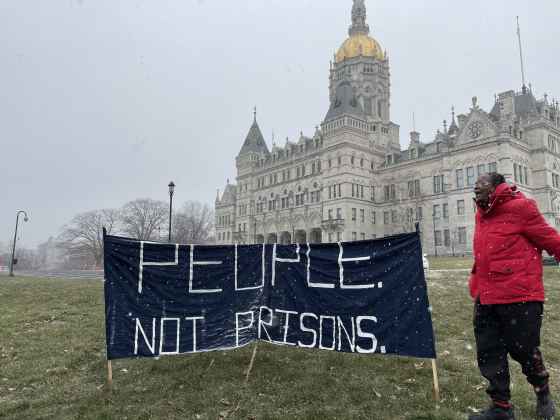 S.B. 458, An Act Concerning Substance Use Disorder Services and...