Transparency is critical for our democracy, and no part of the government should be exempt from sunlight. Connecticut voters recognize that with prosecutors’ enormous power comes a responsibility for them to be transparent and open with the public, and voters know our state should be collecting and reporting information about what prosecutors do. Nearly eight in ten (79 percent) of Connecticut voters say the amount of power that prosecutors wield is a compelling reason to support a bill to increase transparency about prosecutors’ decisions --  more than half (53 percent) see this as a very compelling reason to support the bill.

This is a clear call to action for Connecticut’s legislature to pass S.B. 880 in its strongest possible form. In its current form, the bill requires the state to collect and public information from prosecutors that includes demographic data about people accused or convicted of a crime, and about prosecutors’ actions on charging, pretrial detention, bail, plea deals, diversionary programs, and sentencing. Connecticut can go further, though, and we encourage the legislature to strengthen the bill by requiring the state to also collect information about juvenile cases, prosecutors’ contact with victims, and stronger privacy protections for both victims and people accused or convicted of a crime.

Prosecutors from other places have also testified here in Connecticut to say that these are reasonable – and in fact necessary – pieces of information to collect and make public. Last week, the U.S. Civil Rights Commission Connecticut Advisory Committee, a group tasked with advising the U.S. Department of Justice on civil rights issues in our state, held a forum on racial disparities and prosecutors’ practices. During that meeting, experts from the Philadelphia District Attorney’s office, King’s County (Brooklyn) District Attorney’s Office, and other agencies from around the country spoke about why it is important for prosecutors to be more transparent with the public, and about why collecting this information is worth it for everyone involved with the justice system.

If Connecticut is going to create a smarter justice system, all of us need more transparency on what prosecutors are doing, and we need as much of that information as possible.

Your legislators need to hear from you about this important transparency bill. Tell your state representative and state senator to support S.B. 880. 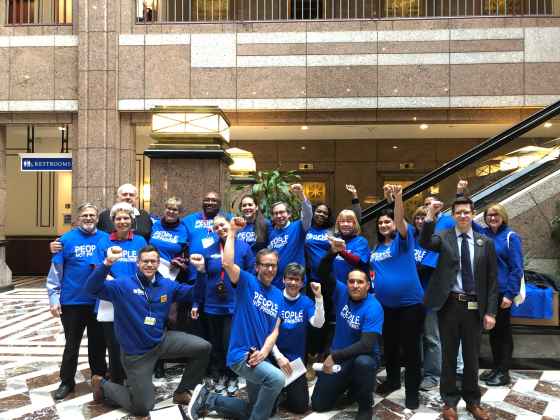 S.B. 880, An Act Increasing Fairness and Transparency in the...

Connecticut should bring prosecutors' decisions out of the shadows.

The next Hartford State’s Attorney must be responsive to community...

Removing collateral consequences of a record is now more important...