The work to create equity, justice, and liberation is never finished. Below, you will find the ACLU of Connecticut's annual report for 2021 -- a year like no other.

1. Letter from the ACLU-CT’s Executive Director and Board President

It is with pride that I write you for a final time as board president of the ACLU of Connecticut. Looking back, I am amazed at the progress we have made together for the betterment of our state. In the last four years, Smart Justice worked tirelessly to achieve long-held goals of Clean Slate legislation and a good start toward prosecutorial transparency. Our advocacy team ended prison gerrymandering and secured important steps in the efforts to improve voting rights and hold police accountable. The litigation team took on difficult and important civil rights and civil liberties cases in support of dignity and human rights for everyone in our state, especially those incarcerated in prisons and jails. Looking back fills me with confidence and optimism for our future in Connecticut. Looking forward, I know that the ACLU of Connecticut is ready for the toughest challenges of our time.

Ben and I began our leadership of the ACLU of Connecticut at almost the same time, and during that tenure, our organization has grown significantly. Since 2017, we have built every program thoughtfully and strategically, transforming us into a true force in the state. We are committed to continue working with our partners and allies to ending discrimination and systemic racism in the criminal legal system, investing in our communities’ health and well-being instead of policing and incarceration, increasing access to the ballot, and much more. We know that every policy and court case we fight for must account for and confront the systems that perpetuate white supremacist racism, particularly against Black and Latinx people. As an organization, we will be taking time to envision the world and Connecticut we want to see, by creating a strategic plan for the next three years and expanding to have a truly statewide presence. We will begin, in 2022, by adding to our litigation and advocacy teams, furthering our outreach to advance justice and equity in our cities, the courts, and at the Capitol.

My sincere thanks to Ben for his leadership during some of the most tumultuous times our country and state have ever faced. And my gratitude to you, supporter, for your dedication and commitment to our shared vision for a safe, free, and fair Connecticut. 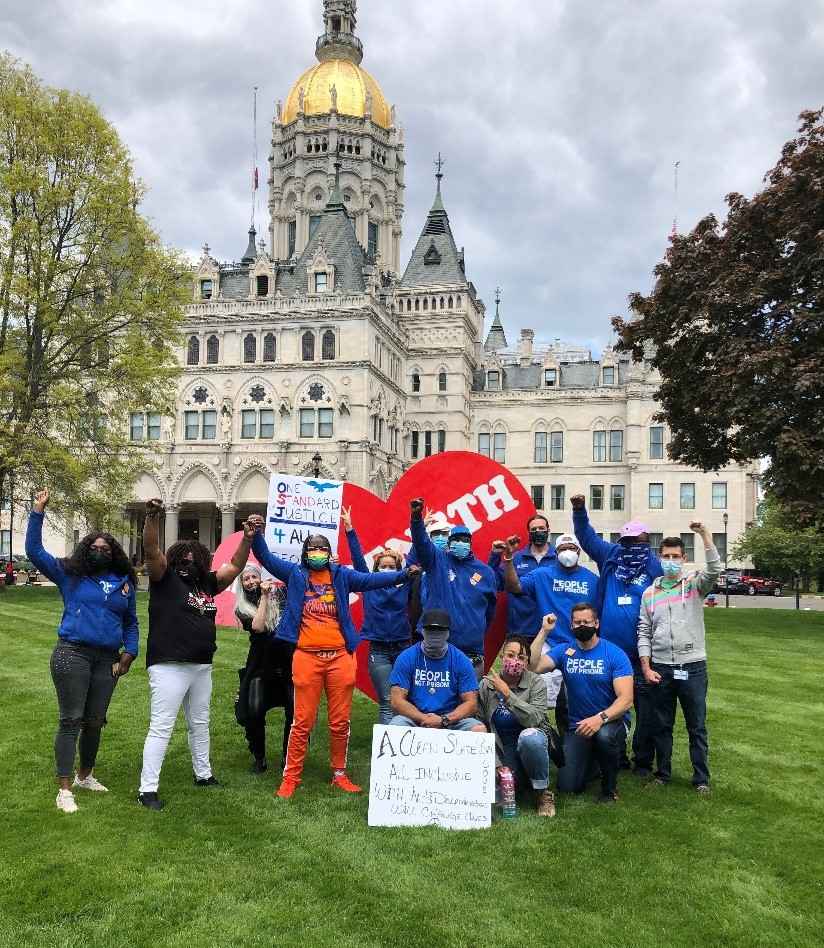 Connecticut’s 2021 legislative session ended at midnight on June 9, 2021, with the work of the ACLU of Connecticut and our many allies continuing until the final minutes. The ACLU of Connecticut weighed in with testimony on more than 150 bills, and we pushed the Connecticut General Assembly to pass civil liberties bills for voters' rights, criminal legal reform, racial justice, and more.

Highlights from the 2021 Legislative Session in Connecticut include:

ACLU Smart Justice Connecticut has been advocating for this bill to pass into law for three years. After pressure from Smart Justice and our allies, including the Connecticut Coalition Against Gun Violence, SEIU 1199 New England, and Stop Solitary, the Governor finally signed Clean Slate – the strongest in the nation – into law. Clean Slate will automatically erase a person’s record if they have gone for a defined period of time without a new conviction (the time period varies for people based on the type of conviction). People who have served their time and successfully reentered society have earned the opportunity to thrive.

After years of ACLU of Connecticut advocacy, the legislature successfully passed a resolution that will give Connecticut voters the chance to decide whether our state should adopt early voting, through a question that will appear on the November 2022 ballot. Laws that restrict access to the ballot – like Connecticut’s current prohibition on early voting – most dilute the voting power of Black voters, as well as and including voters with disabilities, voters with inflexible work schedules, voters who lack childcare, voters who lack transportation, and many others for whom voting on a single Tuesday in November is impossible. We’ve advocated for more than a decade for early voting, absentee voting, and other commonsense policies to improve access to the ballot in Connecticut.

An End to Prison Gerrymandering

Connecticut is now the eleventh state to abolish prison gerrymandering. Counting incarcerated people where they are imprisoned for the purpose of redistricting — instead of their home communities — inflates the power of the districts where prisons are located, which are predominantly white and rural, at the expense of districts where incarcerated people reside, which are predominantly Black, Latinx, and urban. For more than a decade, the NAACP of Connecticut and we have fought to end prison gerrymandering. In early March, both organizations successfully launched a campaign to abolish the practice here, and the proposed state legislative redistricting maps reflect that change. 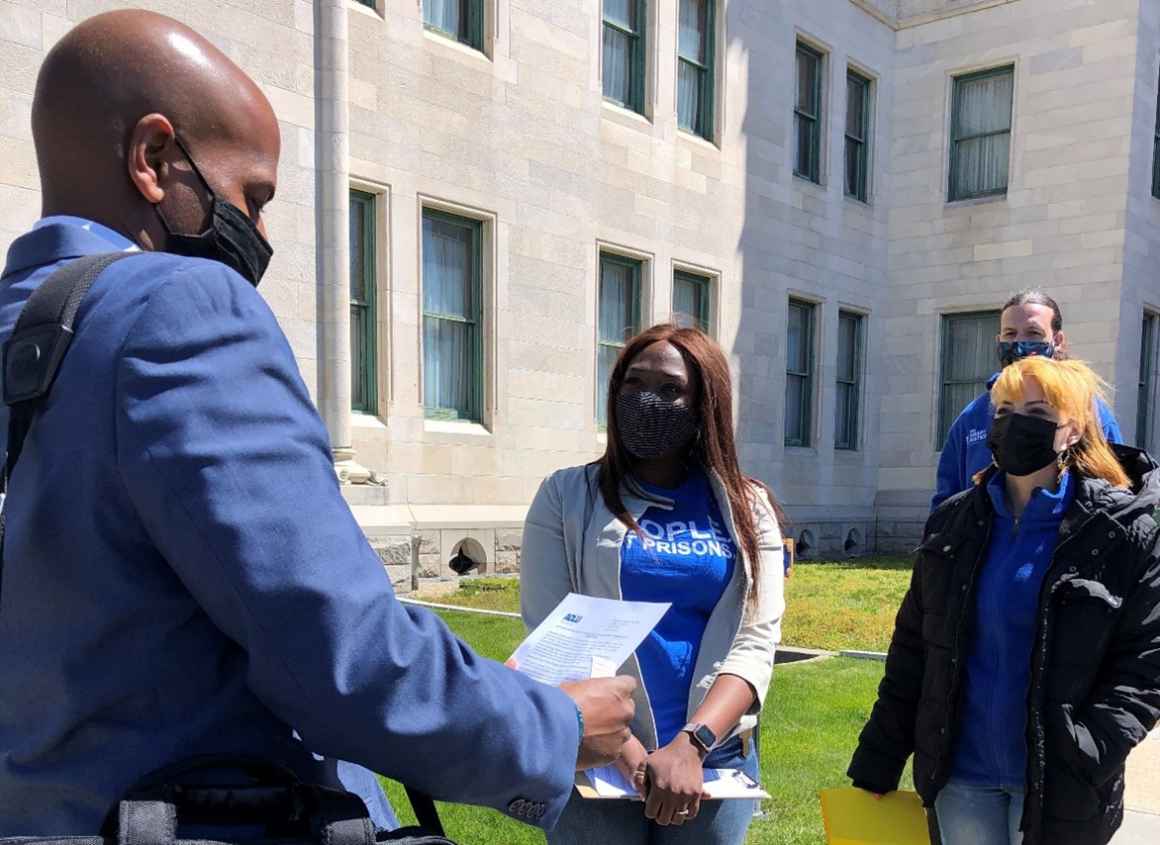 As we head into 2022, we know the short legislative session (February through May) will be challenging. We expect to have to fend off attacks from prosecutors, police, and the Governor as they seek to increase incarceration of mostly Black and Latinx youth. We also know that our public policy and advocacy department and Smart Justice leaders, together with our allies from organizations across the state, are ready to keep fighting for new laws to advance civil rights and liberties, especially for people whom the government has made most vulnerable. This year, we will be expanding our public policy and advocacy department to include a new Fairfield County-based organizer. As our state heads toward an election season, we are also preparing to push back against politicians who will try to vilify and double down on harm of Black and Latinx youth, people who are living with a criminal record, and transgender youth. Our state must commit to moving forward, not backward into more discrimination.

State’s Attorneys accountability
State’s Attorneys are the top prosecutors in each of Connecticut’s judicial districts. They serve eight-year terms, with no external performance evaluations by the Criminal Justice Commission (CJC) during that time. We’ll be advocating at the legislature for a law that brings State’s Attorneys more in line with basic oversight requirements expected of other actors in the criminal legal system, including other prosecutors, and that starts using data to end biased and discriminatory patterns in State’s Attorneys’ decisions across our state.

#CareNotCops
Under the leadership of our friends and partners with the Community First Coalition, we’re working in solidarity with youth, parents, educators, and youth advocates to push for Connecticut to invest in counselors, not cops, in schools.

Protecting people from police deception
With our friends at the Innocence Project, we’ll be advocating for the legislature to pass a law to prevent police from using deceptive practices to extract false confessions from innocent people, including children.

Freedom from collateral consequences of a record
People reentering society after incarceration face more than 500 legal and policy barriers to being truly included in the world. While Clean Slate will make important strides toward fixing this, there are still gaps in that law, making it necessary for us to keep striving to end the endless cycle of collateral consequences of a criminal record. In 2022, Smart Justice will keep up the fight to end blanket bans that exclude entire groups of people from employment based solely on record and not individual assessments. This bill would require private employers to do the same thing that the state currently requires in its hiring practices. Under this bill, potential employers would need to look at job seekers as individuals, based on skills and qualifications and whether their record was in any way relevant to the job they’re applying for.

Health and safety for incarcerated people
At the legislature, we will continue to advocate in partnership with our friends at Stop Solitary and others for the creation of independent oversight of the Department of Correction (something the legislature approved in 2021 but Governor Lamont chose to veto) and to end the cruel and unusual punishment of solitary confinement.

Our legal team of three has been hard at work. In cases on disability rights, the first amendment right to protest and record the police, women’s rights, LGBTQ rights, housing rights, and the rights of people who are incarcerated, we’re seeking justice, equity, and a better future for our state. In 2022, we’re expanding our legal department to include a new legal fellow, to build our capacity to keep fighting in the courts for justice, liberty, and equity.

Clark v DOC - Incarcerated People's Rights and LGBTQ Rights
If the state decides to incarcerate someone, it has a moral and legal obligation to provide them with the medical care they need, including gender-affirming care for transgender people, which can be lifesaving. In 2020, we were honored to join this lawsuit as the new lawyers for Veronica-May Clark, who has been fighting for years for the Connecticut Department of Correction (DOC) to provide her with the gender-affirming medical and mental healthcare she needs. The case continues to move forward in federal court.

Friend v Gasparino - Free Speech and Policing
People must be able to speak truth to power by protesting the police. We’re waiting for a decision from the Second Circuit Court of Appeals in this case, in which we represent Michael Friend, a man who was illegally detained and arrested by Stamford police while he was protesting near a police checkpoint.

Massamino v Benoit - Free Speech and Policing
People have the right to record the exterior of a police department, but Waterbury police didn’t seem to get the memo when they arrested our client for exercising that right. We’re suing Waterbury police employees Matthew Benoit and Frank Laone in federal court for illegally detaining and arresting Keith Massamino for filming the exterior of the Waterbury Police Department building from the sidewalk in front of it.

Olson v Coast Guard - Reproductive Freedom
The decision to become a parent is deeply personal, and no school or job should be able to interfere with that choice. Yet the U.S. military service academies all ban parenthood among cadets, thereby forcing students to choose between parenthood and their degrees and careers. On behalf of a former cadet, and together with the national ACLU and Veterans Legal Services Clinic at Yale Law School, we’re suing U.S. Coast Guard Academy to try to end its ban on parenthood.

Soule v CIAC -  LGBTQ Rights and Gender Justice
Trans children are who they say they are, and they belong in our schools and on our sports teams. In a case that seeks to undermine transgender students’ rights to compete in school sports, we and the national ACLU continue to defend trans student athletes. After an Arizona-based anti-trans group files a lawsuit challenging Connecticut’s policy of including transgender students in school sports, we intervened to represent the interests of Andraya Yearwood and Terry Miller, two transgender athletes, and of all trans student athletes in our state. We had a victory in the district court, but the case is now under appeal in the Second Circuit.

Disability Rights CT v DOC - Disability Rights and Incarcerated People's Rights
Solitary confinement is physical and psychological abuse, including and especially for people living with mental illness. In this federal lawsuit, we are suing the DOC for its use of solitary confinement against people with mental illness incarcerated in DOC prisons and jails. We are proud to work with Disability Rights Connecticut, Yale Law School’s Lowenstein International Human Rights Law Clinic, and Morrison & Foerster in this effort. 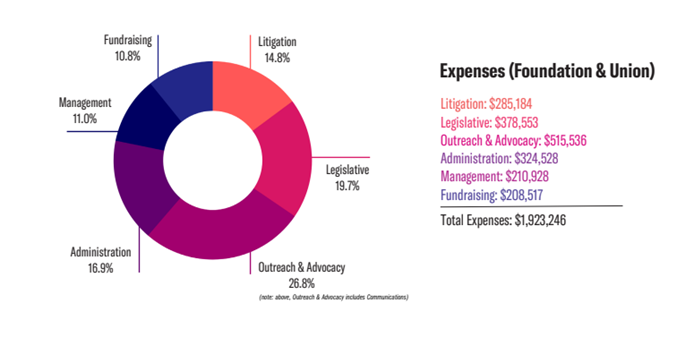 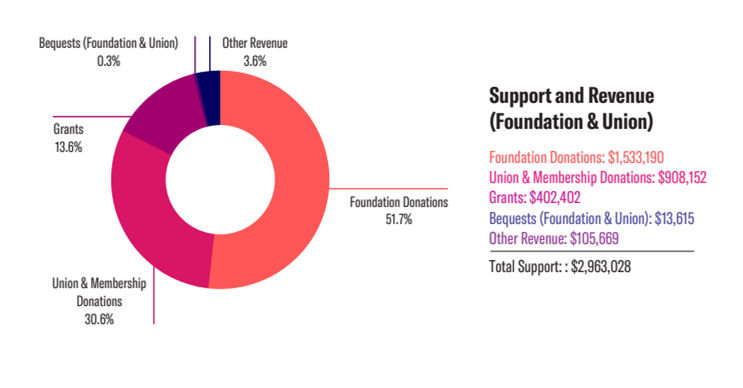 Know Your Rights: Voting on Parole